This year will be our family’s first official celebration of “Tet” (Vietnam’s version of Chinese New Year) with our Vietnamese born son, Hudson. Last year at this time we were not so excited about Tet because it was causing delays in being able to travel to Vietnam and pick Hudson up from a small orphanage in the south of the country near the Cambodian border. This year, however, seems quite different – we have had Hudson for nearly 1 year and he is adjusting so well to our family and to our country. We are truly grateful for this. 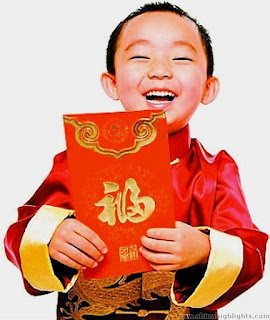 As I began to research Vietnamese culture and Tet in particular I was struck with two things. #1 How can we honour our little boy’s native culture throughout his life and also teach it to our daughter. #2 How can we do so while still maintaining the integrity of our family’s own faith in and love for Jesus Christ.

I know this has even been a struggle for some Asian adults who believe in Jesus but feel they like they have to turn their backs on their culture. Nothing could be further from the truth though – Jehovah is God not just to white western culture but to any who will receive Him through Christ.

“…For You (Christ) were slain,
And have redeemed us to God by Your blood
Out of every tribe and tongue and people and nation…” Revelation 5:9

There is even a book I have entitled “Finding God in Ancient China” that seeks to explain how the ancient Chinese worshiped the God of the Bible – known to them as Shang Di. Now please understand I do not pretend to be an expert on Asian culture - I’m still very much learning - but it is indeed an ancient and beautiful culture.

But to come back to the subject of the celebration of Tet there was a man who has long inspired me for the way in which he approached mission work – his name was Taylor – Hudson Taylor. He was an Englishman who founded the China Inland Mission and took a radically different approach to the conventional mission work of the day. Instead of trying to impose his Western culture on the Chinese, as if this would somehow enlighten them, he instead became like one of them. He dressed in their clothes, he learned their language and he loved them. His goal was not about culture but about teaching and preaching the Gospel of Jesus to those who thirsted for it. And, yes, he was the inspiration for our little boy’s name.

So for this Tet I decided to take on some of Hudson Taylor’s philosophy – to honour the culture but preach the Gospel. One of the first things I learned was about the importance of the colour red in Chinese New Year celebrations. In ancient times it was thought to ward off evil spirits. I then learned about the famous red envelopes that were filled with some money by married adults and then given out – usually to children (especially in Vietnam).

When I learned of the importance of the colour red, I immediately thought of what that colour represented to me as a Christian – the blood of Jesus Christ. If you are not familiar with this concept it may at first sound a bit macabre but it is in fact a sweetly beautiful thing when understood.  You see the Bible declares a scientific truth – “‘For the life of the flesh is in the blood…” and it then declares a spiritual truth – “for it is the blood that makes atonement for the soul.” (Leviticus 17:11). The life is in the blood and that is precisely what Jesus gave up for us by bleeding and dying on the cross – His life for ours. His atonement for our sin.  Only the cross could satisfy both the justice and the love of God and, as the Son of God, only Jesus could overcome death. 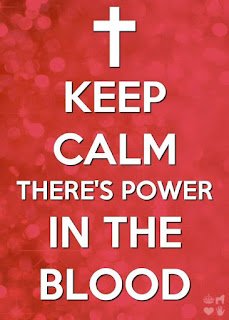 So when I give my kids their red envelopes this Tet I will include a little money or a gift card but I will also explain to them what the colour red means to me. The blood of Jesus Christ certainly does “ward off evil spirits” but it also makes an atonement for our sins, forgives them and opens the door to a restored relationship with the Creator of all mankind. This red blood is life and it is love poured out for us. Oh what life and love!

“In Him we have redemption through His blood, the forgiveness of sins, according to the riches of His grace…” Ephesians 1:7

“For you know that God paid a ransom to save you from the empty life … And the ransom he paid was not mere gold or silver. It was the precious blood of Christ, the sinless, spotless Lamb of God.” 1 Peter 1:18-19 NLT

Posted by HistorynStuff at 10:30 PM No comments: 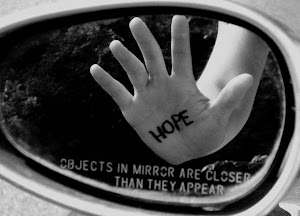